Church of the Holy Apostles Peter and Paul in Gdansk

TVP Gdansk_panoramaGdansk_minister J.Selin On June 2 last year, a fire broke out in the attic of the Church of Saints Peter and Paul. Fortunately, it did not harm the main part of the Church, but it seriously damaged the eastern roof truss. The church, one of the...
Read More

"GOLDEN AGE OF JAGIELLONS” - it is a virtual exhibition prepared on the occasion of the 500th anniversary of the birth of King Sigismund II Augustus. It was implemented by the National Institue of Ossolinskis’ in Wroclaw from the collections of the National Institute...
Read More

AGBU helps Armenians affected by the pandemic of COVID 19

The Organization Armenian General Benevolent Union (AGBU) - its headquarters are in Brussels – has launched the initiative Humanitarian Energy Relief Fund in order to support thousands of Armenians in the whole world affected by the pandemic COVID 19 and most exposed...
Read More

GORIZ – Program of AGBU related to the development of leadership

Nicolas Tavitian, director of AGBU Europe describes the GORIZ program in this way; “As recent events in Armenia have shown the history is still being created and Armenians in the world perspective could be a good example of a brave nation deciding of the shape of its...
Read More

24th April 1915 The murders of the Armenian people began on the 24th of April 1915. Most of Armenian intelligentsia were arrested and killed. The further step was deportation of Armenian Community from subsequent regions of Turkey to Mesopotamia and Syria. It was...
Read More

The sixth issue of the magazine devoted to the history of Polish Armenians has just been published - “LEHAHAYER”. As usual, its content is very interesting. Monika Agopsowicz undertakes attempts to reconstruct the list of names of Kamieniec Armenians in the 17th...
Read More

EXTRAORDINARY DISCOVERY IN THE COLLECTIONS OF VENICE MEKHITARISTS

According to Onet news (wiadomości.onet) the Italian archaeologist, candidate for doctor’s degree Vittoria Dall’Armellina when visiting the monastery of Armenian Mekhitarists at the Italian Island of San Lazarro in 2017 has noticed in the collection the sword which,...
Read More 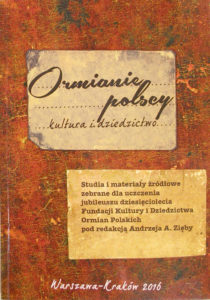 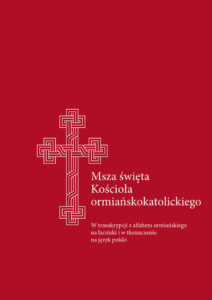 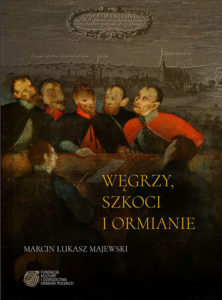 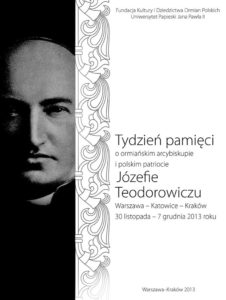 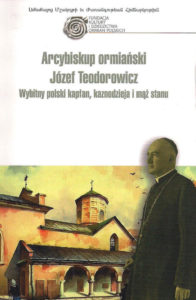 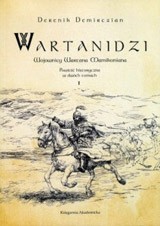 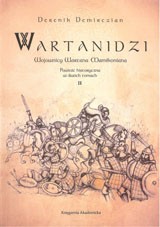 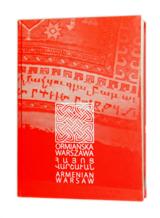 The Founder of the Foundation of Culture and Heritage of Polish Armenians if the Ordinary of the congregation of the Armenian rite in Poland. At present the function is performed by His Excellence Rev. Card. Kazimierz Nycz.
The subject of our interest are objects connected with Polish Armenians:

Until the end of the Second World War, the community life of Polish Armenians was mainly located in the southeastern borderlands of Poland and centered around the institutions connected with the Armenian Catholic archdiocese of Lwów. The Armenian ecclesiastical institutions, as well as the Lwów’s private and public collections were gathering archival materials created by the Armenians or related to them, which proved their centuries-long presence in Poland. The attempt of creating the Archdiocesan Armenian Museum in Lwów was brutally interrupted by the Second World War which caused the destruction of the archdiocese and the organised community life of the Polish Armenians. Those who survived the strife were sent to the west, into new territory of Poland. Many of the historical documents mentioned above were either lost in the wartime chaos or taken over by the government of Soviet Ukraine. This heritage was partially preserved thanks to the sacrifices made by the Armenians themselves, especially by the Armenian Catholic priests. The manuscripts were perceived by them as distinctive symbols of their Armenian identity. During the postwar period, the Armenian possessions taken to Poland remained scattered, although two centers of concentration gradually emerged: the Armenian Catholic Holy Trinity Church in Gliwice, and the St. Peter and Paul Church in Gdańsk, where Father Kazimierz Filipiak assembled archive and museum material from Stanisławów. During the 1980s and 1990s the effort of merging that material for the future Armenian Museum was taken by Father Józef Kowalczyk, rector of the Armenian Catholic parish in Gliwice. Many Armenian families made contributions by donating their private mementos. The effect of the collective effort taken by the Polish Armenians was that their legacy, by the decision of the ordinaries for Catholics of Armenian rite in Poland – Cardinal Józef Glemp and Cardinal Kazimierz Nycz – was entrusted to the Foundation of Culture and Heritage of Polish Armenians, created in 2006. The foundation is a secular organization, the members of its management are Armenians from different parts of Poland, clerics (including those of Armenian descent), and experts on the Armenian culture and history. Their everyday work is aided by regular associates and volunteers. The founder and patron of the Foundation is always the current ordinary for Catholics of Armenian rite in Poland. The Foundation runs the Archive of Polish Armenians seated in Warsaw, on the Zgoda 4 Street. The Archive’s collection includes 380 antique books (even the first printed edition of the Armenian Bible from 1666), 87 manuscript books, including 57 in Armenian, 11 parchment documents (including papal bulls and a document issued by King Władysław II Jagiełło in 1388, confirming the diploma of Kazimierz the Great from 1367 allowing the Armenian bishop Gregory to establish a diocese in Lwów), about one thousand 19th books written in Polish, Armenian, Latin and German, a collection of books released after 1945, 401 periodicals, more than 50 Armenian Catholic parish registers, more than 200 000 pages of manuscript documents (including the papers of Archbishop Józef Teodorowicz), more than 1500 Armenian-related photographs, more than 130 antique and modern paintings, more than 250 liturgical objects, about 200 vestments, a collection of sermons held by Archbishop Teodorowicz recorded by the Polish Radio Broadcast in 1938. This heritage also consists of the 12th century Skevra Evangeliary, which upon a special agreement has been deposited in the Warsaw National Library. A part of the collection under the Foundation’s management is being kept in Gdańsk (including the painting Baptism of Armenia by Teodor Axentowicz from 1900) and in Gliwice. Some of the contemporary liturgical objects and vestments are lent to Armenian Catholic priests for pastoral use. The collection is constantly catalogued, researched, maintained and exhibited by the Foundation. Several scholarly papers were written based on its content. Additionally, a digitalisation programme is underway, and its effects being published in the Virtual Archive of Polish Armenians (www.archiwum.ormianie.pl). By the end of 2015, the Foundation has published more than 25 000 pages of manuscript documents, digitalised parish registers, editions of the interwar Polish Armenian periodical “Posłaniec św. Grzegorza”, 810 photographs, more than 130 paintings, images of liturgical objects, dozen or more books, and oral history recordings. Genealogical research is facilitated by the database of indexed Polish Armenian parish records, counting 11 000 records at present. The Foundation attempts to popularise the Polish Armenian history and culture through educational and informational activity, as well as through publications and exhibitions. In addition, the Foundation runs the vortal www.ormianie.pl – the largest source of information about the Polish Armenians available online. The vortal consists of a few independent websites, e.g. the Virtual Archive of Polish Armenians, the Thesaurus of Knowledge on Polish Armenians (a collection of articles about the Polish Armenian culture and history), current news (www.dziedzictwo.ormianie.pl), Wiki.Ormianie (Polish Armenian biographies). The Foundation is engaged in common projects with cultural institutions seated in Armenia and among the Armenian diaspora, e.g. Armenian General Benevolent Union, ‘Aniv’ Foundation for Development and Support of Armenian Research, Fundação Calouste Gulbenkian, European Armenian Federation for Justice and Democracy, National Library of Armenia, Society of Armenians in Ukraine, and the Mekhitarian congregation. In the field of scholarly research, the Foundation has been collaborating with the Matenadaran, Jagiellonian University, Warsaw University, Cardinal Stefan Wyszyński University in Warsaw, Pontifical University of John Paul II in Cracow, Eastern European Commission of the Polish Academy of Arts and Sciences in Cracow, Academy of Fine Arts in Warsaw, National Library, Archive of New Records, Central Archive of Historical Records, National Digital Archive, Museum in Zamość, Museum of Independence in Warsaw, House of the Meetings with a History in Warsaw, Museum of Polish History in Warsaw, and National Audiovisual Institute. Furthermore, the Foundation actively participates in the life of the Armenian community, organising cultural events in Warsaw, cooperating with Armenian organisations in Poland, supporting the activity of the Armenian Catholic Church in Poland, contributing to the commemoration of the Armenian genocide, and maintaining the cultural partnership with the Embassy of the Republic of Armenia in Poland.