Armenian General Benevolent Union (AGBU) was established in Egypt in 1906
as non –profit organization. With the advent of World War II, the headquarters of the organization moved to New York. European headquarters of AGBU are in Brussels.
Recently, this organization has been particularly active in helping the victims of the August explosion in Beirut.
A last month catastrophic explosion at the Beirut port took the lives of many men , women and children. A lot of people were injured. It destroyed and damaged many living compounds as well as destroyed many businesses.
The AGBU’s many years of experience in providing humanitarian aid helped
in urgent organization of immediate aid for Lebanon, where, as we know,
a large Armenian Diaspora lives.
The AGBU 2020 Relief Fund for Lebanon has been established- to the Aid of Thousands. Staff and volunteers are working around the clock to deliver urgent need throughout hardest hit areas. Mobilization of volunteers was carried out as far as task force , hotline, welcome center, clean-up are concerned. Other ranges of activities concerned home repairs and reconstruction ; assessments, funding, rebuild for 500+ homes (reconstruction has already begun).
Food Support Programs: monthly food provisions for 5,000+Armenians as well as prepared meals helping non-Armenians.
Medical Aid and Counseling: dispensaries providing medical aid to Armenians and some non-Armenians, support programs, trauma counseling for youth. 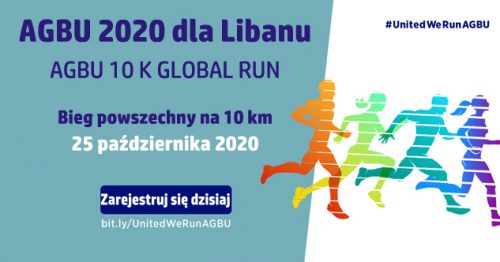 AGBU’s Run for Lebanon
Within the action Lebanon AGBU also proposed the organization of 10 K Global Run on October 25 this year.
The principal premises for this event are as follows;
AGBU 10 K GLOBAL RUN , Marketing and Promotions – September
/Some details from AGBU Brussels websites are quoted below in the text/
Phase 1
RECRUIT▪Globalemailblastandsocialmediacampaign▪Chapters/YPs/Partners use marketing materials to encourage sign-ups (email blasts and social media campaigns -ongoing)▪Chapters/YPs/Partnersactively recruit local runners/fundraisers▪Runners (Fundraisers) startsoliciting personal network for donations
Phase 2
D O N A T I O N S Global and Europe recruiting continues as needed▪Globalemail blast and social media campaign encouraging donations▪
Chapters/YPs/Partnersencourage local donors to support efforts of local runners/fundraisers▪Chapters/YPs/ Partnersencourage their runners to fundraise actively throughout this period and to cheer on their efforts. 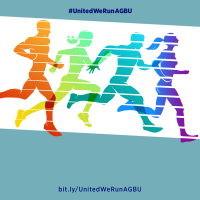 RUN – Runners are invited to run/walk on their own and at their own pace on October 25,2020 where ever in the world they are.
CELEBRATE – All are invited to take part in the post-run celebrations on October 25th
Organizers suggest to take advantage of the posts texts in media ,such as;
Suggestion 1:We need you to help raise funds for Lebanon. Anyone can participate. Walk, Run, or Jog! Sign up to help feed those in need.
Suggestion 2:Help us feed those most in need in Lebanon. You can raise funds by joining the 10K Global Run. It’s easy -walk, jog, run. Anyone can participate.
Suggestion 3:Walk, jog or run to raise funds for Lebanon relief. You can make a difference by joining our 10K Global Run
As for the banners or flags used during the event, the organizers propose to use specific graphic solutions which are available on the websites of AGBU BRUSSELS.
In general, the event is described in detail on the internet and if you are willing to participate, you will need to refer to the details placed there.