GIFTS FROM THE CONVENT IN WOŁÓW 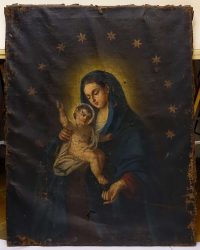 On January 10 2021, the Benedictine Sisters from Wołów, who are the heiresses of the Benedictine Sisters from Lviv gave the Foundation of the Culture and Heritage of Polish Armenians consecutive extremely valuable gift. These are the remaining 4 portraits of the Lviv Benedictine abbesses and the image of the Mother of God with the child. The portraits present the first abbess Marianna Nersewiczówna and three other abbess nuns Anna Ludwika Krzysztofowiczówna, Kajetana Rozalia Sarkisiewiczówna and Janina Alojza Janowiczówna. These four paintings complement the collection of 11 existing and preserved portraits of the abbesses of the Primate Benedictine convent from Lviv. Previously, we received 7 paintings from the sisters from Wołów, which have already undergone specialist research and conservation, thanks to that they regained their former splendor and retained all traces of the passage of time since their creation.
The handing over of these portraits is a historic event for the Foundation.
We obtain therefore one of the most valuable artifacts of the bygone era, commemorating the convent of the Armenian Benedictines and at the same time a unique collection of paintings, giving an overview of the changes in the painting of that time.

The agreement and the respective protocol were signed by Sister Maria Danuta Trybula, Superior of the Co 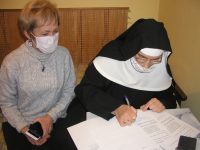 nvent and Maria Ohanowicz-Tarasiuk, President of the Board of the Foundation. Mrs Romana Obrocka, a frequent visitor to this place, also participated in the act of handing over of the paintings.
During the meeting, Sister Maria showed us a beautiful reliquary with the remains of Saint Rypsina and Saint Benedict, and the original crosier that can be seen in the three latest portraits of the abbesses . We also had the opportunity to visit the convent chapel.

We would like to express our sincere thanks once again to the Sisters for their wonderful gift for the Foundation. Thanks to this decision, these portraits, priceless for the history of the Benedictine convent, will be saved from degradation caused by the passage of time and will regain their former glory. 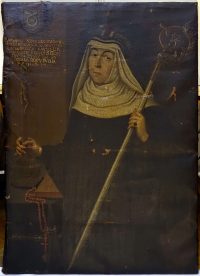 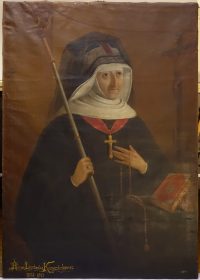 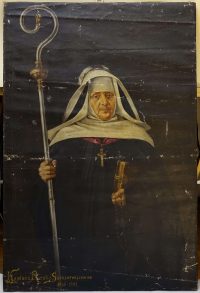 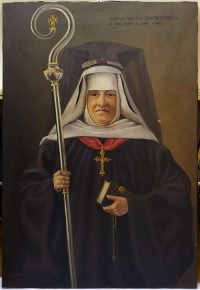